An Iowa nurse who is on the state registry of abusers for allegedly stealing patient medications in 2019 was never criminally charged in the matter and her nursing license remains in good standing with the state.

State records indicate that in August 2019, the husband of Sheila Freeman, a Fort Dodge woman, was mowing the yard when he found a purse that had been tossed into the tall weeds alongside the couple’s property. When they looked inside the purse, the couple found several small, white envelopes containing pills, along with an employee identification badge for Pamela Hook, a nurse at the QHC Villa nursing home in Fort Dodge.

The Freemans returned the purse to the home, where QHC Villa Administrator Penny Moellers found the envelopes, which were the same type used at the facility for storing residents’ pills. They appeared to contain Trazodone, Atarax, Lorazepam and Seroque.

Moellers called Hook, who was on leave in California, and told her someone had brought a pink and brown purse into the facility that had her employee badge in it. Hook reportedly said she owned a purse that met that description but said she had left it in her locked car when she went to California. When asked about the pills in the purse, Hook allegedly said little except that the Trazedone pills were hers and she had a prescription for them.

When asked why one of the envelopes had the name of a 96-year-old QHC resident on it, Hook allegedly did not respond. When Moellers told Hook she was suspended pending an investigation of the matter, Hook allegedly became angry and started yelling and cursing at Moellers while questioning her authority to search her purse.

Moellers subsequently found that Hook appeared to have dispensed more “as needed” medications to residents than did other nurses at the home. She fired Hook, who then filed for unemployment benefits, claiming the pills belonged to her and her daughter. She was initially awarded benefits. That decision was reversed after she allegedly told an investigator with the state’s Medicaid Fraud Control Unit she took the pills from the facility and that the pills were marked with the name of the resident to whom the medication had been prescribed.

Hook allegedly told the fraud investigator she always kept the residents’ best interests at heart, and would never deprive them of their medications. She allegedly said all the pills belonging to residents of the home had been scheduled to be destroyed.

When interviewed later by another state investigator, Hook allegedly denied any wrongdoing and said she had confessed only because she was “sick and tired of the whole bull—-” and wanted to get the other investigator “off my back.” The Department of Inspections and Appeals issued a report indicating an allegation of dependent-adult abuse against Hook was founded. In 2020, Hook appealed that ruling.

After a hearing on the matter, Administrative Law Judge Barbara Tapscott ruled against Hook, nothing several contradictory statements made to investigators and her claim that someone was trying to “set her up” by planting pills in her purse. “She offers no explanation as to how that person could have obtained her purse, planted medications in it, and placed it in the bushes for the Freemans to find,” Tapscott noted.

Tapscott’s proposed decision in the case was then finalized by DIA Director Larry Johnson, who affirmed the decision to place Hook’s name on the state abuse registry.

No state or federal criminal charges were filed in the case and the Iowa Board of Nursing reports there has been no public disciplinary action against Hook. Her nursing license is set to expire in 2023, according to the board. 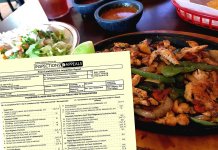 Fort Dodge nurse is on abuse registry, but keeps her license and faces no criminal charges