A council member in a tiny Iowa town that admitted violating Iowa’s public records law has told townspeople they can “stick that Sunshine Law where the sun don’t shine.”

The comments, by Otho council member Jimmy Beekman, were made at an April 13 council meeting, one month after the council agreed to undergo training in how to comply with Iowa’s Open Records Law and Open Meetings Law.

In January, Otho resident Kay Bergren filed a formal complaint with the Iowa Public Information Board, alleging the Webster County town of 442 people was violating the Open Records Law, also known as the Sunshine Law.

Bergren complained that she requested public records from the mayor the previous month and never received them. She claimed she also was denied copies of city ordinances, with city officials telling her she could review the documents at City Hall “once city hall opens back up” after the pandemic. According to Bergren, the city then adopted a records policy that required payment for access to public records and made it retroactive to her request.

With that change, the fees for record retrieval were set at $30 per hour for the first hour, and $10 for each additional quarter-hour. Copies of records were priced at 30 cents per page, and the policy required citizens to put their requests in writing using a specific city form.

Once the Iowa Public Information Board (IPIB) became involved, the city council agreed to acknowledge during an open, public meeting that its requirements for requesting records, the examination of records, and the fees charged for records did not comply with Iowa law. The city council also agreed to open-meetings and open-records training for themselves and for the city clerk.

But at an April 13 council meeting, held after that agreement with IPIB was reached, Beekman publicly denounced citizens who had “reported” them to state officials for alleged violations of state law. Beekman said that in his 23 years on the council, he had never had to deal with so much “crap” from people.

“We’ve had several instances where the council has been turned in to the state, to the DNR, to the sheriff’s department, for different things — most of them not true,” Beekman said. “One of them was for the meeting we had after the (official) meeting was ended one night, where we went out to the shop and was looking at lights that we had talked about during the meeting … You residents, or whoever turned us in for that, why didn’t you turn the Webster County supervisors in for the same thing?”

Beekman went on to say that someone had complained to the Iowa Department of Natural Resources about water-sampling issues that were later determined to be unfounded, and that an individual who “don’t even live in Otho” complained to someone at the state about an issue he didn’t specify.

“We now also have to go to a class to take, to learn how to be a councilman, I guess,” he said. “We’re tired of spending money on this childish crap … This might not be appropriate, either, but you can take your Sunshine Law and stick it where the sun don’t shine.”

When asked about that comment, Beekman said Friday, “We’re all fed up with what’s going on … It’s harassment of the city council, and we’re all sick and tired of it.”

Six days after the public meeting where Beekman made his comments, council members underwent training on the state’s Sunshine Laws. During the session, council members asked the trainer from the Iowa League of Cities whether the city is required to give the public an opportunity to speak during council meetings — “Not at all, not at all,” the trainer replied — and why the city must comply with requests for records made by out-of-towners.

“If you’ve got somebody who’s not a taxpayer, and they’re not a citizen, and they’re not an attorney general or anybody associated with the county, why should we have to supply them paperwork about what’s going in our town?” one council member asked. The trainer noted the law doesn’t give city residents a greater right of access than other members of the public.

City officials say Otho now charges $17.50 an hour to retrieve public records, an amount that’s equal to the city clerk’s rate of pay, plus 30 cents per page for any copies that are requested.

Mayor Mark Groat told the Iowa Capital Dispatch the complaints city officials have faced in recent months were unexpected and, for the most part, unwarranted. “I’ve been mayor probably for over 20 years and we’ve never had issues like this, where whatever we do is wrong,” he said.

Groat noted that while Beekman was flustered at the April 13 meeting, he didn’t publicly name any of the people with whom he was upset. “You know, the council makes $25 per meeting,” Groat said. “And being a small town, we’re on the council to help this town as much as we can. It’s not like it’s a money-making deal. And then we have to put up with this stuff.”

Bergren said she remains frustrated with the attitude council members demonstrated at the April 13 meeting and April 19 training session. “It’s just such an unusual situation with everything going on in this town,” she said. 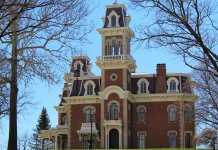 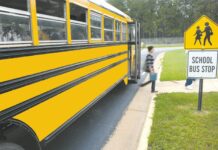 Charter schools must have sunshine, too

City council member: ‘You can stick that Sunshine Law where the sun don’t shine’