Editor’s note: This story contains language that may be offensive to some readers.

A Wapello County criminal prosecutor is accused of making sexually charged comments to employees and making denigrating comments about the judges he faced in court.

The allegations against Wapello County Attorney Reuben Neff were made by Tanvi Yenna, who worked in Neff’s office from January 2019 through July 2020 as a victim witness coordinator. Yenna resigned last summer, according to state records, due in part to concerns with COVID-19 mitigation and issues related to Neff’s conduct.

After quitting, Yenna filed a complaint against Neff with the Attorney Disciplinary Board of the Supreme Court of Iowa, and when the county challenged Yenna’s claim for unemployment benefits, Yenna’s complaint to the board was made part of the hearing record on her unemployment claim.

In her complaint to the board, Yenna stated she once heard Neff tell a colleague “about a past girlfriend who enjoyed rough sex and used to scratch his back so hard that he would bleed through his shirt and so he slapped her during sex.”

Yenna also alleged Neff told her that in college he once had what he believed was consensual sex with a woman and later heard the woman was calling it nonconsensual. At Yenna’s unemployment hearing, Neff told the administrative law judge that claim was untrue, adding that he’d told others in the office of “a time in college where I was accused of sexual assault. While I was in college, a female student that I never met made allegations that a ‘Hispanic man’ sexually assaulted her and provided a description that fit me. Others identified me to this female student and she confirmed I was the assaulting party. However, she later admitted that the man she went on a date with, did cocaine with, and had consensual sex with was a different man.”

Yenna’s complaint also states Neff discussed a fellow college student whose penis fell out of his pants in class; discussed his feelings about a childhood friend who had recently been charged with possession of child pornography; sent Yenna a link to a news story about a “2019 Bad Sex in Fiction Award,” which included an extremely graphic excerpt from the novel; made jokes about his anatomy; and once commented that he felt his office behavior was improving because he had moved from making  “offensive” comments to merely saying “weird, sexual things.”

Yenna claimed that after Neff lost a trial in a sexual abuse case, he commented that he wished the defendant would be “raped by antelopes and mauled by lions at the same time.”

In her complaint, Yenna wrote, “I cannot list each and every time I heard Reuben Neff call a judge a ‘pussy,’ a ‘bitch,’ a ‘limp dick,’ or wished violence upon them, because he made these comments so frequently.” She listed several examples, naming the judges and describing the cases or rulings that had led to the alleged remarks.

“As far as the allegation Ms. Yenna made of my name-calling specific judges,” Neff told the Iowa Capital Dispatch, “I frankly do curse within my office when a judge does something I do not believe is in line with the law. When we deal with cases involving rape, murder, kidnapping, and other significant events, it is always difficult to simply stoically accept what appear to us to be clearly erroneous legal findings. I do not do so in front of anyone in the public.”

Administrative Law Judge Daniel Zeno presided over the unemployment hearing and denied Yenna’s claim for benefits, ruling that she failed to demonstrate that she had notified the county of any intolerable working conditions.

“She, Mr. Neff and many others in the office engaged in banter about a variety of topics,” Zeno found. “Sometimes the conversations and text messages between Ms. Yenna and Mr. Neff included sexually charged comments … While Ms. Yenna did ask Mr. Neff to stop making comments and telling stories that she disliked, she sometimes asked while laughing and sometimes expressed her distaste for his comments while not laughing. The evidence as a whole, does not demonstrate that Ms. Yenna ever gave the employer clear notice that the conditions in the office were intolerable due to sexually charged comments or stories.”

Neff told the Iowa Capital Dispatch that by the time Yenna quit, “there was a lot of bad blood” between her and the office staff, and he said most of the workers testified against her at the unemployment hearing. He acknowledged making comments to Yenna about a pedophile having to “grab his ankles” once he was imprisoned. He said the comment was “not a proper comment — but, frankly, amongst law enforcement and prosecutors, you do gain a sense of gallows humor.”

Neff said, “Yenna complained about practically everything relating to others in the office, including how demanding I was and somewhat intolerant of deficient work.” He said the only indication Yenna ever gave that she considered the office a hostile work environment was to laughingly say, “Oh, stop,” in response to the office banter.

He said Yenna “actively joked in a manner in line” with the comments he made in the office, and which Yenna later claimed had caused her mental anguish. 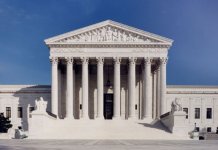