The Biden administration has an opportunity to recalibrate American global trade by rejoining the influential Trans-Pacific Partnership trade agreement. Signing on to this partnership has the potential to deliver powerful diplomatic and economic gains yet politically, the odds appear slim that there will be political consensus to agree to this partnership.

The U.S. began Trans-Pacific Partnership negotiations in 2008 during the Bush administration, efforts that were intensified during Barack Obama’s presidency. Hammered out between the U.S. and 11 Pacific Rim countries, the intention of joining the partnership was to set trade policy and greatly expand U.S. trade and investment in the Asia-Pacific region. President Obama signed the agreement in 2016 and less than a year later, immediately after Donald Trump’s inauguration, the U.S. withdrew from the agreement.

Rejoining the partnership, renamed the Comprehensive and Progressive Agreement for Trans-Pacific Partnership in 2018, could signal to the world that the U.S. is back in the global engagement arena. It would also strike a stark contrast to the previous adminstration’s bilateral and nationalistic approach, which has resulted in tensions with major U.S. trading partners. Aside from improved trade relations, rejoining the this agreement would counter China’s economic and geopolitical influence in the Asia-Pacific region.

Both of us have worked extensively with the U.S. Department of Agriculture on trade policy issues. As economists specializing in international agricultural trade, our research demonstrates that the U.S. would benefit from rejoining the trade accord and, in particular, American agriculture.

Although agriculture comprises only about 10% of total U.S. exports, the agricultural sector in the U.S. and other countries account for a large share of trade policy considerations. Rejoining the accord has the potential to establish economic ties with emerging economies like Vietnam and Malaysia and embrace the need for improved trade relations in Southeast Asia overall.

A return to global engagement

There are important differences between the agreement signed under Obama in 2016 and the Comprehensive and Progressive Agreement for Trans-Pacific Partnership. Provisions important to the U.S. were changed in the subsequent agreement, such as the investment and intellectual property provisions that offered improved standards on intellectual property relative to past trade agreements. The provisions fall short of the more stringent requirements in the earlier Trans-Pacific Partnership.

What are the odds?

Like all trade agreements, joining the partnership would require congressional approval. Historically, Republicans have been more supportive of trade agreements. But President Trump’s rhetoric, that past trade agreements have been “disastrous” for the U.S. economy, may have lessened Republican support for an agreement like the Comprehensive and Progressive Agreement for Trans-Pacific Partnership.

President Joe Biden quickly rejoined the Paris Climate Agreement and reversed President Trump’s decision to withdraw from the World Health Organization, showing that the U.S. is back in the global engagement area.

Mega-regional trade agreements offer more than a forum for negotiating trade barriers. They establish procedures that reduce uncertainty in international transactions, make rules that are clear to members and provide an institutional framework to remedy trade concerns or disputes. If the Biden administration wants to signal to the world that the U.S. is pivoting to a more expansive global engagement, joining the Comprehensive and Progressive Agreement for Trans-Pacific Partnership could be an initial step. 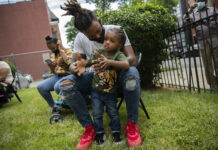