The Iowa Court of Appeals will hear arguments next month as to the fairness of a judge who shut down eastern Iowa’s Cricket Hollow Zoo after citing “deplorable” conditions at the roadside attraction.

The two owners of the now-shuttered zoo, Pamela and Thomas Sellner of Manchester, are appealing a 2019 court ruling declaring the zoo to be a public nuisance. The Iowa Court of Appeals has indicated it will hear arguments in the case on June 22.

In briefs filed with the court, attorneys for the Sellners have argued that the trial judge, Monica Zrinyi Wittig, “took an advocacy role” on the side of the animal rights’ groups that had sued to close the zoo by “praising” the groups’ witnesses and “criticizing and arguing with” the Sellners and their witnesses.

In their appeal, the Sellners cite comments made to their attorney by Judge Wittig shortly after all of the parties visited the zoo on the first day of trial.

“I didn’t see healthy and happy animals today,” Judge Wittig told the Sellners’ attorney. “I saw a bear that looked like it was drugged. It had fluids seeping out of its mouth and nostrils. I saw a dog that looked like it was rabid. None of the animals was in any type of clean environment. I didn’t see a lot of water anywhere, other than what had been falling from the rain. I saw a great deal of mud. I saw a great deal of unsanitary, horrible, rusted containments for animals that needed to roam. I saw pacing. I saw banging up against chain-link fences. The facility has absolutely no walkway. I don’t find it safe for humans. I can’t imagine children being there … The smell was horrific. I mean, I understand you’ve got seven (scheduled) days of trial, but what I saw today paints a picture a thousand words can’t describe.”

After Wittig made her comments, the Sellners’ attorney told the judge, “I was out there with your honor today and I didn’t notice the terrible smell.”

“How could you not?” Wittig replied. “I walked in the front door and I gagged. I gagged. The ‘reptile room’ is a not a reptile room. It looked like an outhouse. And smells exactly like one.”

When the Sellners’ attorney noted that the enclosures at the zoo meet the U.S. Department of Agriculture’s inspection standards, Wittig said, “If that’s the case, the USDA requirements are so pale in comparison to what they should be — to give these creatures the freedom to do what they want. I’m not sure any of those USDA members would like to live in those units themselves. I mean, I realize they’re animals and they’re not entitled to live in the Taj Mahal, but it was deplorable … It’s making me shake right now. It’s terrible … Our government is just sitting on its laurels and doing nothing. And there’s a reason that they exist. I pay my taxes for them to exist.”

The Sellners’ attorneys also note that Judge Wittig had a pointed exchange with Douglas Anderson, an inspector for the Iowa Department of Agriculture and Land Stewardship who visited the zoo numerous times in the years leading up to the trial.

“Would you say you’re doing a good job for the animals that are there?” the judge asked. ”And I don’t mean you personally, I mean the agency.”

“All I can speak to is what I do,” Anderson replied. “I don’t know that I have — can make an assessment on that.”

“And I think you know what the answer is, and you probably don’t want to tell me,” Wittig said.

In their appeal, the Sellners claims they were denied a fair trial because Wittig based her decision upon her on-site observations and “not upon testimony heard in the courtroom … There is little that can be done when the trier of fact refuses to keep an open mind until all the evidence is heard.”

The plaintiffs in the case argue that the trial-court transcripts show Judge Wittig “giving witnesses the opportunity to reconcile their factual testimony with other testimony and comments regarding the judicial site visit conducted on the first day of trial.” They say the Sellners have “failed to identify a single statement by the judge indicating she had actual prejudice against them stemming from an extrajudicial source.”

In ruling the zoo was a public nuisance, Wittig said her decision was based on findings that Cricket Hollow Zoo was “injurious to the health of the animals and potentially to the invitees due to the poor care and living conditions of the animals” and that it “unreasonably offensive to the senses in the inhumane manner of living of the animals.”

In a separate but related court matter, the Sellners stand accused of contempt of court for allegedly violating Wittig’s order requiring them to cooperate with rescue groups who were to take custody of the animals when the zoo closed.

Roughly 100 animals — five bears, two mountain lions, a fox, a wolf, a camel and a large variety of birds, turtles, hedgehogs, snakes and reptiles — were covered by the judge’s Nov. 24, 2019, court order but were not at the Manchester zoo when rescue groups arrived at the roadside attraction on Dec. 9, 2019.

The critical issue facing the court in the contempt proceedings is when the Sellners disposed of those animals. If they were sold or given away after Nov. 24, the couple could be found guilty of contempt of court. A trial on the contempt issue was held earlier this year, but a decision in that case has to be issued. 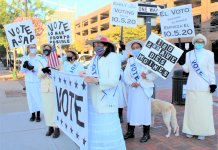 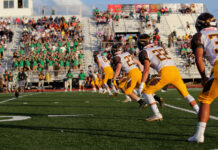 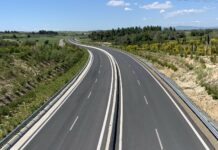