Chicago Mayor Lori Lightfoot landed in a maelstrom of controversy last month when she said she would allow only “journalists of color” to interview her for pieces about her first two years in office.

Fox News provocateur Tucker Carlson called Lightfoot a “racist” and a “monster” when he learned of the mayor’s position. A conservative news outlet, the Daily Caller, is suing the mayor saying its First Amendment rights were violated.

If I’ve learned anything in the last 33 years as a journalist, it’s that sources will talk to whom they want to.

Is the mayor’s policy discriminatory? Certainly. Bigoted? Perhaps. Racist? Nope. Why isn’t it racist? After all, that’s a term that’s being bandied about quite a bit to describe her actions.

Well, racism is discrimination on steroids, powered by privileges given to those in the culturally dominant race. In the United States, it’s a bias with a pickax. It’s a prejudice with the weight of 400 years of slavery, Jim Crow laws and history behind it.

That’s a distinction that has sometimes been hard for white people, myself included, to discern.

This latest dustup with the mayor had me thinking about a fellow by the name of Ennis Williams, an assistant high school principal I knew when I was a young education reporter in Galveston, Texas.

Mr. Williams was a wonderful source for a first-year reporter. I went to him regularly for guidance as I attempted to cover a community scarred by years of racial hatred.

We were less than 20 years removed from segregated schools, libraries and other institutions in that small city. Of course, when you are 22 or 23 years old, you think 20 years is almost an eternity.

My generation of journalists was the first at the newspaper not to have been educated in segregated schools. None of us remembered the once ubiquitous “whites only” and “colored” signs that marred the community.

The newspaper’s track record on race was dismal. It editorially supported Jim Crow laws during the civil rights era. Up until the 1970s, it wouldn’t run Black and white obituaries on the same page. And when I started at the paper in 1988, there wasn’t a single Black or brown face in the entire newsroom — in a community where minorities were in the majority.

Older reporters would dismissively refer to the Black neighborhood north of Broadway as “The Jungle.” The managing editor would determine how prominently crime stories were played based in part on whether the victim was Black or white.

Despite this institutional legacy, I routinely went to Mr. Williams, who was Black, for guidance on how to cover the entire community. He was always gracious and helpful.

And then his brilliant daughter Elicia became enmeshed in a controversy through no fault of her own. Elicia had the highest grade point average in her class and was selected to be the first Black valedictorian at the historically white Ball High School.

A school administrator, who was Ennis Williams’ boss, came forward and announced that he made a mistake when publishing how grades would be weighted to determine class rank. Because of this, he said, Elicia would only be a co-valedictorian along with a white girl.

All hell broke loose in the community. Recriminations were fired across the town’s racial divide. Many Black people perceived that it was an attempt to diminish the accomplishments of one of their own.

I called Mr. Williams for comment and he wouldn’t speak with me. But the next day a Black reporter from the Houston Post had an interview with him. A mid-level editor chewed me out for not landing the interview. I was hurt as only a 23-year-old striving reporter with little life experience can be.

I kept thinking the only reason Mr. Williams wouldn’t speak to me is because I’m white. That’s reverse discrimination. That’s wrong.

More than three decades later, I view this situation differently.

A person can speak or not speak with whomever they want. That’s life. But more importantly, Mr. Williams perceived the systematic racism in the community, which included a newspaper that didn’t employ anyone who looked like him.

Also, while I could sympathize with the struggles Mr. Williams faced, I could not empathize.

After all, I never knew the pain of not being able to check out a book from the “white library” as he did while growing up. No social convention expected me to step into the gutter when meeting a woman of a different race on the sidewalk. But for Mr. Williams — and millions of other African Americans — that was their life experience.

But more significantly, it wasn’t just about historic wrongs. The newspaper’s racial shortcomings were readily apparent to anyone who cared to look.

In the three decades since then, I’ve had time to ponder a difficult topic: white privilege. Please note that it’s an advantage that is not necessarily sought and it doesn’t mean one hasn’t had struggles in their life. It just means one of those struggles hasn’t been related to the color of their skin.

Over the years, I’ve seen sources who have consistently shared information with me and other white reporters suddenly become mum around my Black colleagues. It’s not right, but it’s an unsought advantage bestowed nonetheless.

So, when Mayor Lightfoot says she will only speak to journalists of color as a means of encouraging greater diversity in the City Hall press corps, my thoughts are these: I don’t like it because it is needlessly polarizing and it restricts public access rather than expanding it.

Scott Reeder is a veteran statehouse journalist. He works as a freelance reporter in the Springfield area. [email protected] 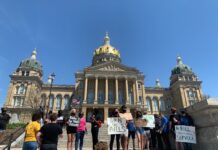 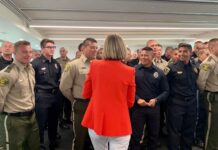 Reynolds turns her back on criminal justice reform

Chicago mayor’s exclusion of white reporters is polarizing, but understandable