The Crawford County Board of Supervisors is the latest group of Iowa elected officials to run afoul of the state open records law by restricting how members of the public can ask for records.

The board erroneously told a citizen she had to submit an information request in writing, according to the Iowa Public Information Board.

Iowa’s open records law allows people to ask for information in person, or “in writing, by telephone, or by electronic means.” In recent years, some Iowa local governments and state agencies have illegally told citizens, including reporters, that they had to submit requests in writing. Sometimes, they even demanded people use an online portal.

Crawford County Democratic Party Chairwoman Beth Ann Vogt had requested a copy of the county’s public records policy after a local controversy over the ownership of a communications tower. She noticed that the county required information requests to be in writing, in conflict with state law.

Requests can be in several forms

Vogt filed a formal complaint with the Iowa Public Information Board. The board’s staff lawyers on Thursday recommended the panel find that the the complaint had “merit.” That would mean the parties would have to negotiate an informal resolution.

But the supervisors moved to change the policy after an assistant county attorney pointed out the conflict with state law. Vogt withdrew her complaint Thursday.

“After receipt of an email from your office stating that the Crawford County Board of Supervisors will be changing their public information request policy to make it legal, I hereby withdraw my complaint,” Vogt wrote to the information board. 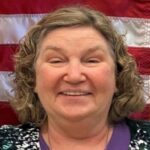 Vogt’s mother, Jeri Vogt, happens to be the chairwoman of the board of supervisors. The lone Democrat on the board, she voted against the policy requiring written requests when it was passed a year or so ago.

“I tried to tell them it wasn’t kosher,” Jeri Vogt said in an interview Friday. She saw the policy as an attempt to stifle controversy over ownership of the communications tower.

“I am all about the Iowa Open Records Law,” Jeri Vogt said. “If people want to see (a record), they should be able to.”

Jeri Vogt said the board soon will vote on a new policy the county attorney’s office is drafting, to comply with state law. “It will be changed,” she said of the current, illegal policy.

There have been other similar violations in recent months.

Last year, the Iowa Capital Dispatch filed a complaint with the information board after Iowa Workforce Development required people who asked a question or requested a document to submit their request for information in writing through an online portal.

The Iowa Department of Natural Resources had also required people to use a web portal to make requests in recent years. The agency now has highlighted website language under the portal button that reads, “Requests may be made in person at one of our record centers, by e-mailing [email protected], by phone 515-725-8480 or by mail.”

Perry Beeman has nearly 40 years of experience in Iowa journalism and has won national awards for environmental and business writing. He has written for The Des Moines Register and the Business Record, where he also served as managing editor. He also is former editorial director of Grinnell College. He co-authored the recently published book, "The $80 Billion Gamble," which details the lottery-rigging case of Eddie Tipton.